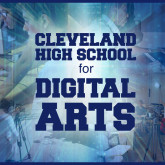 CLEVELAND, Ohio – The Cleveland school district has asked the state to replace its aging buses, help start a new Cleveland High School for the Digital Arts, improve its Internet infrastructure and pay for 17,000 tablet computers so students can use online learning more.

The district submitted the four requests totaling about $13 million to the state Friday as applications for part of the $250 million available statewide through the new Straight A Fund. The fund was proposed by state Superintendent Richard Ross earlier this year when he was an education advisor for Gov. John Kasich. It aims to support innovations in schools or districts that improve education, save money or shift spending to classrooms.

See a summary of all applications here: Straight-A-Fund-Applications.pdf

The state plans award $100 million in December. Districts and schools can apply for another $150 million next year.

We’ll have more detail on the Cleveland school district’s proposals soon, but here’s a quick look:

Replacing buses: The district is asking for $5 million to replace 66 buses in its aging fleet with new, fuel-efficient ones. In the application, the district says that its old fleet of 297 buses needs so many repairs that it makes students late for school and hurts their education.

The application says that replacing the buses will improve education by making sure students arrive to school on time, while saving the district repair costs that could be used on teaching instead.

The application copy provided to The Plain Dealer Monday morning has some inconsistent information about current and projected repair costs that could not immediately be resolved.

Cleveland High School for the Digital Arts: The district is seeking almost $600,000 to add to donations from local foundations to create a new specialized high school by the start of the 2014-15 school year.

The new school, according to the application, will be “a high school focused on utilizing the media of the 21st century – digital game design, recording arts technology and digital film making – as an effective means of engaging and educating students, especially those who struggle to learn in traditional school environments.”

The stare money would help the district design a curriculum and build and equip classrooms, in partnership with the Center for Arts-Inspired Learning.

More online learning: The district asked the state for about $5 million to pay for 17,000 tablets for students in grades three through eight and to train teachers in using the equipment and in other ways to use more online learning in classes.

This request from Chief Academic Officer Michelle Pierre-Farid aims to use more “blended learning” – a mixture of traditional teaching with online work.

The tablets would allow the district to stop buying textbooks and instead have the books loaded on the tablets, along with learning applications.

Internet infrastructure: The district is seeking almost $2.5 million for information technology improvements that will improve online access and communications between schools and departments.

In the application, the district says all schools have wireless internet access.

But it says: “With increased access and use of school based technology, our Core Infrastructure does not have the capacity to support and/or sustain increased use, resulting in a bottleneck effect in the core. Without upgrading our Core Infrastructure, our plans to expand the use of computer aided and web-based curriculum, instruction, and assessment, plus explore development of blended learning school models, will be drastically impaired and reduced.”