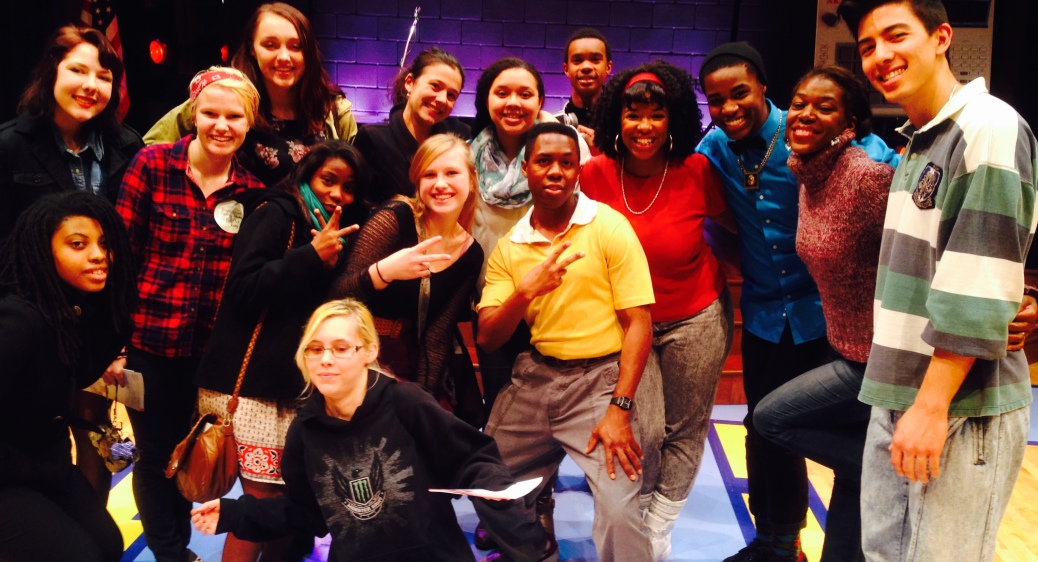 Surprisingly, it has already been past the halfway mark at Artworks, and the theater/film co-­op still has plenty of work to do. Our master teaching artists, Mr. Jimmie Woody and Mr. Mike Fields, have done nothing other than teach us skills we will use for the rest of our lives. Whether it is to become an actor on either the big screen or stage, or just learn how to speak with confidence, our two MTA’s have taught us more than I could ever have thought possible. When we began our co­-op, we were immediately thrown into fun and engaging warm up exercises, that allowed us to break out of our shells and see what every apprentice had to offer. In that moment, whether we knew it or not, our co­-op became a family.

As time went on, Mr. Woody taught us more and more that went along with acting. Comedy, drama, romance, history, contemporary; it didn’t matter, Mr. Woody knew how to help us in any role we wanted to take. He began to bring up the use of monologues, so that when we audition, we have two contrasting monologues that are able to show our acting abilities. Some people did monologues from plays, other took their monologues from movies, and some even brought in their favorite piece of poetry. It was amazing to see how far we had come from the beginning. We learned that the expressions and voice projection used on stage, were not necessarily used in front of the camera. Speaking of cameras, that was also the time Mr. Mike started to ease us into the technical part of both film and theatre; specifically with the camera.

Getting a feel for both in front of the camera or stage, and behind, balanced out how we see our roles. From cameras, we were taught about lighting. This lead us to finally shoot our own commercials, which are finished and will be edited by yours truly; the apprentices. They turned out great! Never would I have thought that we could shoot an actual commercial, yet we did. Everyone took turns on set to be a different part. We were given the opportunity to become either a director, cinematographer, sound technician, slate, or actor for each different commercial. Everyone found their strong and weakest points, which was awesome. It definitely an experince none of us will

One of the last and most exciting things we have done so far with Artworks is visit Playhouse Square and see the production of “How We Got On.” Before the play had even began showing on the stage, we were given an inside sneak peek to what the play was about and where the playwriter had gotten is idea from. The play, or should I say musical, is about three teenagers who represent the three aspects of hip hop. They grow up in a small suburb in Michigan and try to figure out not only hip hop, but themselves. It’s was mindblowing. Your age as an audience member didn’t matter nor did your music taste because everyone could relate to it.  Mr. Woody even knew one of the main actresses, who was from Cleveland! In fact, Mr. Woody had her as a student. At the end of the play, we were all able to meet the actors and take pictures with them. It was riviting! They were so friendly and down ­to ­earth, you almost felt as if you had known them for a long time. I think all of us were blown away by how wonderful our time was there.

Time is flying by, I wish I could stop it. This co­op has taught me so much about not only film and theatre, but other skills I am going to use in my life time. From public speaking to problem solving, Artworks has provided me with a program anyone can learn something from. Whether you crave to specialize in the arts or not, this is something that all students should take.

Over the next few weeks, blog posts will flashback to some highlights from the Summer 2014 program.  Stay tuned!

The past four weeks in the ArtWorks program have been awesome. My master teaching artist, Ms. Jeanne, has taught us so much. Our first day starting this program was not what we all expected. I personally thought it was going to be like the first day of school all over again. But it was not; we jumped right in!

Ms. Jeanne taught us how to use the sewing machines, the importance of sewing, the different types of ways to sew, and the different ways that the grain of the fabric goes.   She also showed us how to take a large t-shirt and transform it into skirts. Amazing, right!? When we finish making the clothes, we are going to donate them to a women’s shelter called Laura’s Home.  Ms. Jeanne took everyone in the fashion co-op to go see what the Laura’s home is all about. As soon as we all went through the doors, we felt welcomed to be there. One of the ladies that worked there gave us a tour of the home and told us what to expect it to be like as we all walked through the home. Also, we all got a chance to see the little kids and where they stay.  They gave us a list of all the kids and the sizes of who they thought would be eligible to be in the fashion show that we were creating. So right now we’re making clothes for the kids in the fashion show and who ever models a certain outfit is the one who gets to keep that outfit. We have a logo and brand right now that is called ”MOM.” We picked MOM because the mothers play a big part in the kids’ lives and the children also look up to their mom. We made a logo with a superhero mother holding a child’s hand and the child is looking up at her. We also picked a superhero because little kids go through this phase of which they look up to superheroes. 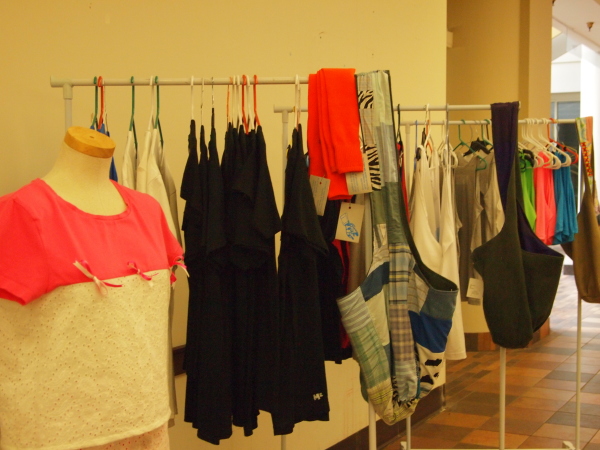 We also took a field trip to Kent State University to learn more about the fashion industry in the fashion school. They also gave us a tour around the school and they showed us the fashion library, the fashion class rooms, their sewing machines and also how they’re used. It was a good experience for me because now I would like to go there for college. My master teaching artist, Ms. Jeanne is a teacher there. 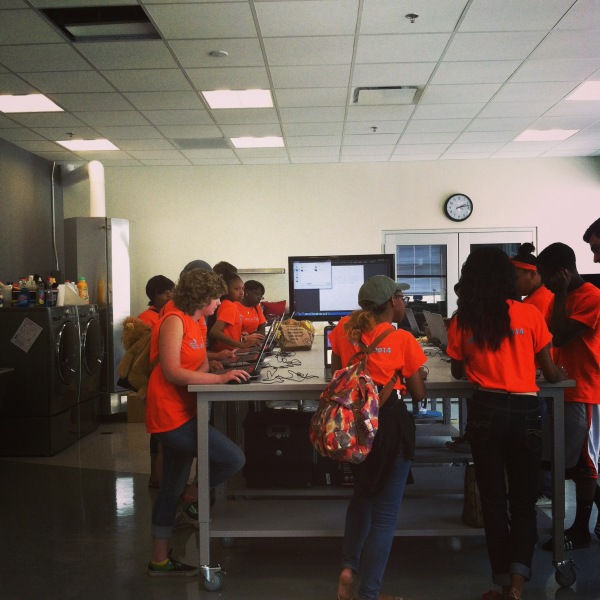 There is a lot of fun things that happen in the fashion co-op. ArtWorks is a very good program and everyone should try to participate.